Advent wreath:
The advent wreath is traditionally a decoration woven from fir branches with four candles, which adorns the living room from the first Advent on. The four candles will be lit on every Advent. It is also a tradition that on every Advent Sunday you sit together with your family and friends, to light the next candle and to sing advent songs.
The advent time starts four Sundays before Christmas. Therefore, this year the first advent is on 1. December 2019.

Chestnuts:
Every year more than 200 chestnut stalls open up in Vienna during wintertime. They offer, besides chestnuts, also different variations of potatoes for example in slices, as hash browns or Wedges. You should definitely go at least once to such a stall to eat a chestnut. 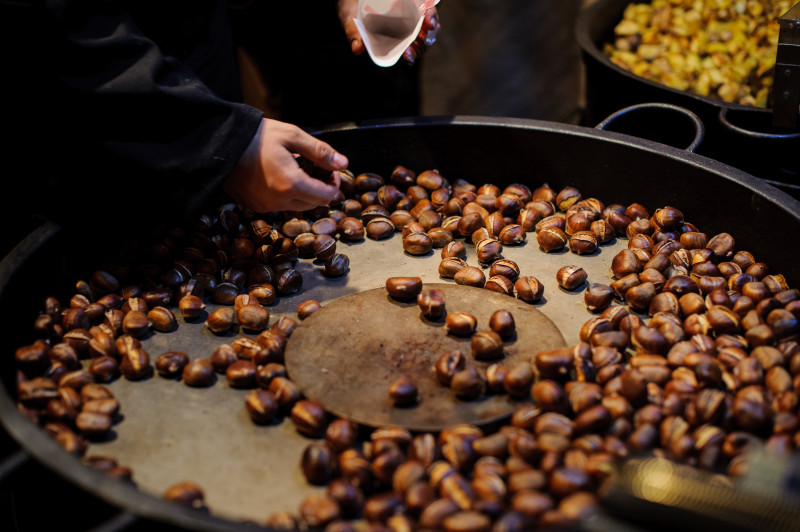 Vanilla Crescents:
The favorite Christmas pastry in Austria are the vanilla crescents. They are made out of a short pastry, which contains flour, butter, sugar and grated almonds. Before they are baked, they are formed into small croissant, then golden brown baked and finally they will be covered with powdered sugar. 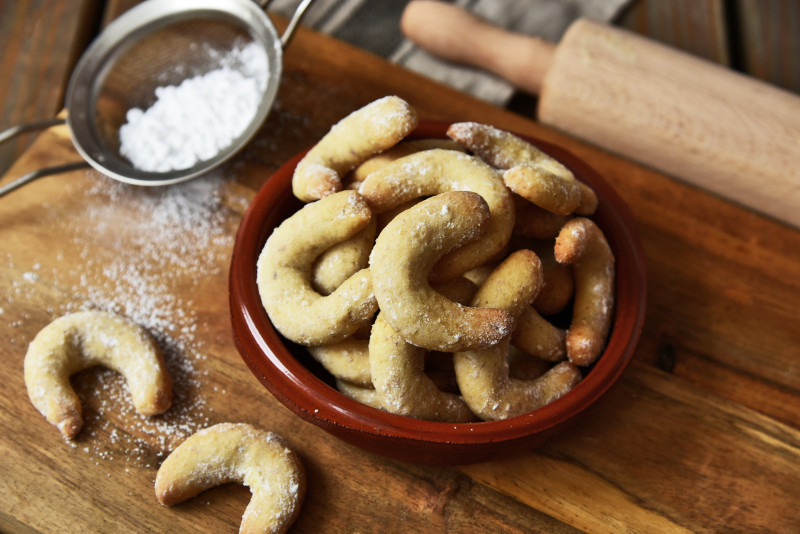 Pre-Christmas traditions with a specific date:

4. December- Barbaratag:
On 4. December it is a tradition to chop off a cherry or an apple branch off a tree and to take it with you home before the sun rises. An old country lore says if this branch blossoms on Christmas day, somebody from your family will marry in the next year.

5. December - Krampus:
On 5. December the Krampus comes. He is the helper to St. Nicholas, who usually comes on 6. December. St. Nicholas gives gifts to the good children, while Krampus punishes the misbehaving ones with a bag full with coal instead of nuts and mandarins.
In many parts of Austria there also Krampus runs. Volunteers put on Krampus costumes and scare the visitors.
On the 5. December from 2pm you can see the Krampus and St. Nicholas live at the Hütteldorfer Straße, 1150 Vienna. And on the 6. December from 6pm you can visit a Krampus run at the Christmas market on the Mariahilfer Straße 55, 1060 Vienna.

6. December - St. Nicholas:
On the evening before 6. December it is a tradition that children put their shoes or boots in front of the door, so that St. Nicholas can put in some Nuts, Mandarins and sweets while passing from door to door.
You can also “rent” a St. Nicholas to come to your house. He will come on 6. December to you, talks to the children, listens to songs and poems and reads from his golden book. After that, he will give the children present which you gave him beforehand and then go to the next house. 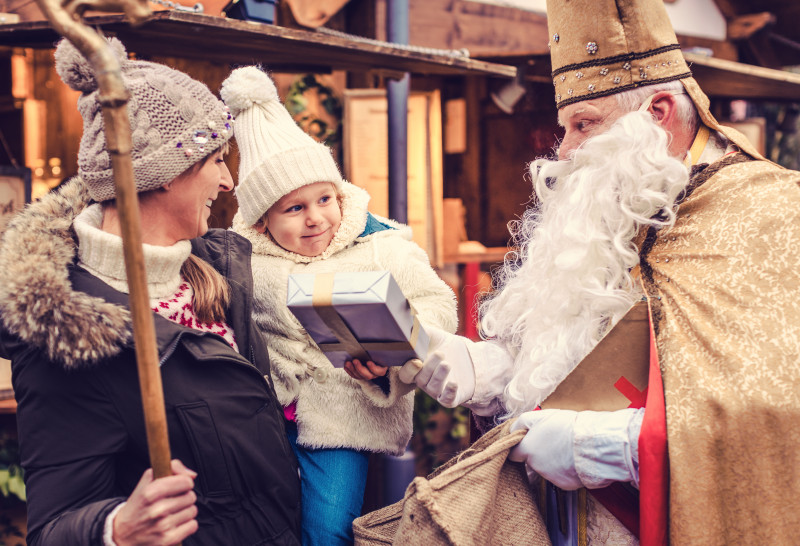 Crib:
The Christmas crib is an illustration of the birth of Jesus Christ with figures and a model landscape. Usually it will we set up underneath the Christmas tree at Christmas, but it can also be already set up with the beginning of the first Advent. However, the figure of baby Jesus Christ himself only will be laid inside the crib at 24. December. The crib stays until 6. January, the end of the Christmas time.

Christmas goose:
A traditional Christmas dinner is the Christmas goose. The advent symbolizes the fasting period, which ends with the Christmas mass on 24. December and in order to mark the occasion it is celebrated with a holiday roast. The goose is mostly stuffed with apples, chestnuts, onions or dried plums and served with different side dishes.

Christmas carp:
Fish is a traditional food for Christmas Eve, especially the carp. On the evening before Christmas, the carp will be gilled and preserved in buttermilk over the night. The most common sides dishes are potato salad, cucumber salad or parsley potatoes.
An old rite is to save the scales of the carp and to keep them with you so they can bring you luck with money in the next year. 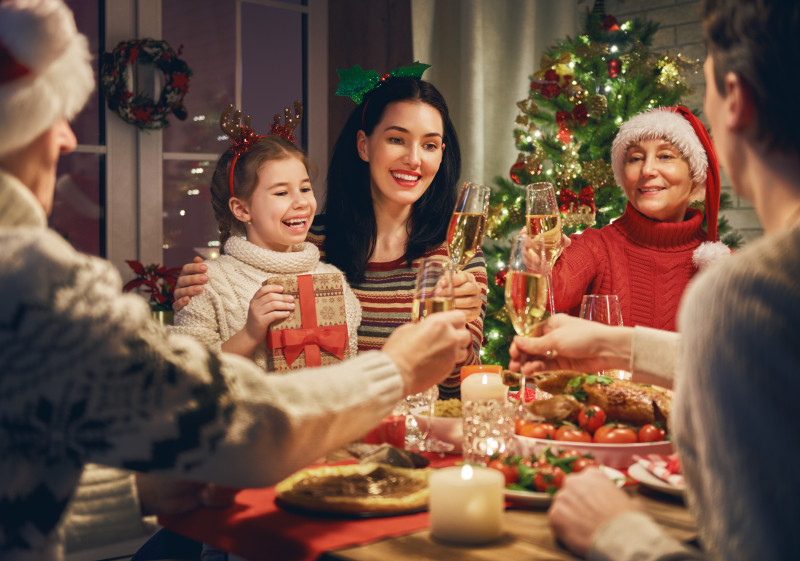 Christmas mass:
There are two Christmas masses on Christmas Eve. The traditional holy mass is celebrated in the night from the 24. to 25. December, therefore it starts late at night. If you want to go to a mass before the Christmas celebration, you can go to the lovely Children’s Mass, which starts in the early evening around 2:00-4:00pm.

25. and 26. December:
The two days after Christmas Eve are mostly family days, where Austrians usually drive to their families all around Austria to celebrate once again, but smaller. In Austria not only 25. December is a holiday, but also 26. December, which is also called the “2nd Christmas day” or in German “Stefanitag”.

6. January - The 3 Holy Kings and the End of the Christmas time:
On 6. January is the End of the Christmas time and the day of the 3 holy Kings. It is a tradition that children dressed up as Kings carry a star from door to door and sing different songs for a small donation. They are called carolers and they collect money for projects in poor countries.
After the small donations the carolers write a domestic bliss with chalk on the door: C+M+B (Christus Mansionem Benedictat, English: Christ bless this house) framed with the number of the current year.